Recently I went to see my favourite musician in concert; John Mayer. It was the 3rd time I had seen him live and I was beyond excited but this time was different to the last 2; this time I went alone. When the tickets went on sale, I didn’t even bat an eyelid about only getting one ticket because the only thing I cared about was seeing my favourite artist live.

Nearer the time, while I was blissfully telling the girls at work about how excited I was to be going to my first concert of 2017; I was greeted with the question of ‘who are you going with’ and when I told them, I could see the bewilderment in their eyes because “omg, you’re going alone?!” I naively responded with the classic and cliche “life’s too short and no one I know likes him enough to pay £60 for a ticket so why should I miss out?”; but it did get me thinking about the whole stigma surrounding doing things alone. 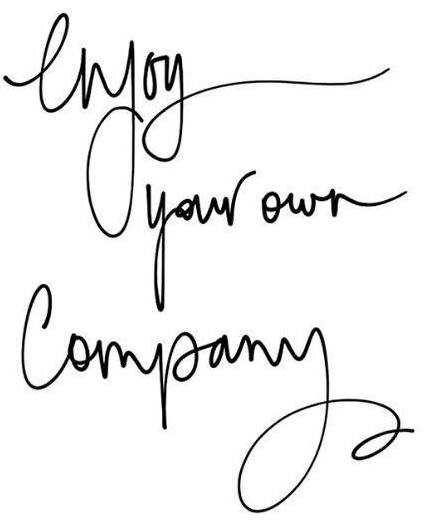 The excitement I had leading up to the event was enough to mask any anticipation I had but the minute I stepped on the tube, I couldn’t help but feel a little nervous as the realisation of what I was doing hit me. I mean, you might be reading this and think I’m over reacting but apart from the odd shopping trip or appointment, I’ve never really done anything by myself before. I had the day off work so I decided to take myself off to the O2 a little earlier so I could grab some dinner and a few drinks before heading in to the arena.

From the moment I walked through the O2 doors, I felt like I was walking around with a flashing arrow that screamed the word ‘ALONE’ for everyone to see; but I walked my way through the groups of friends and loved up couples and headed to get food. I sat down and halfway through dinner, rang my sister to have some form of human communication; during which she informed me that the reason people were looking at me funny was probably because it looked like I was on a date and had been stood up.

Still with a couple of hours to go before even the support act, I headed to the Sky bar to get myself a much needed cocktail, which again I thought was a good idea before I actually did it. I orderd my drink and found a table in a quiet corner but it wasn’t long before I was surrounded by couples, families and groups of friends. Desperately trying not to look like a complete loner, I whipped out my phone and messaged my friends who I knew I could rely on to keep me company until it was time to go in.

Once I was inside and the lights went off, it was a completely different story; I wasn’t bothered about being on my own or what people were thinking. I was just so happy to be in that arena, singing along to my favourite songs; in fact I completely forgot that I was sitting next to a complete stranger.

I think my mind definitely went into overdrive and thought I stuck out being alone more than I actually did. To be honest, I would probably go to a concert alone again, just maybe eat before I go haha.

Have you ever gone to a concert or done anything alone?

24 year old, London based Photography graduate blogging about beauty, lifestyle and other ramblings.